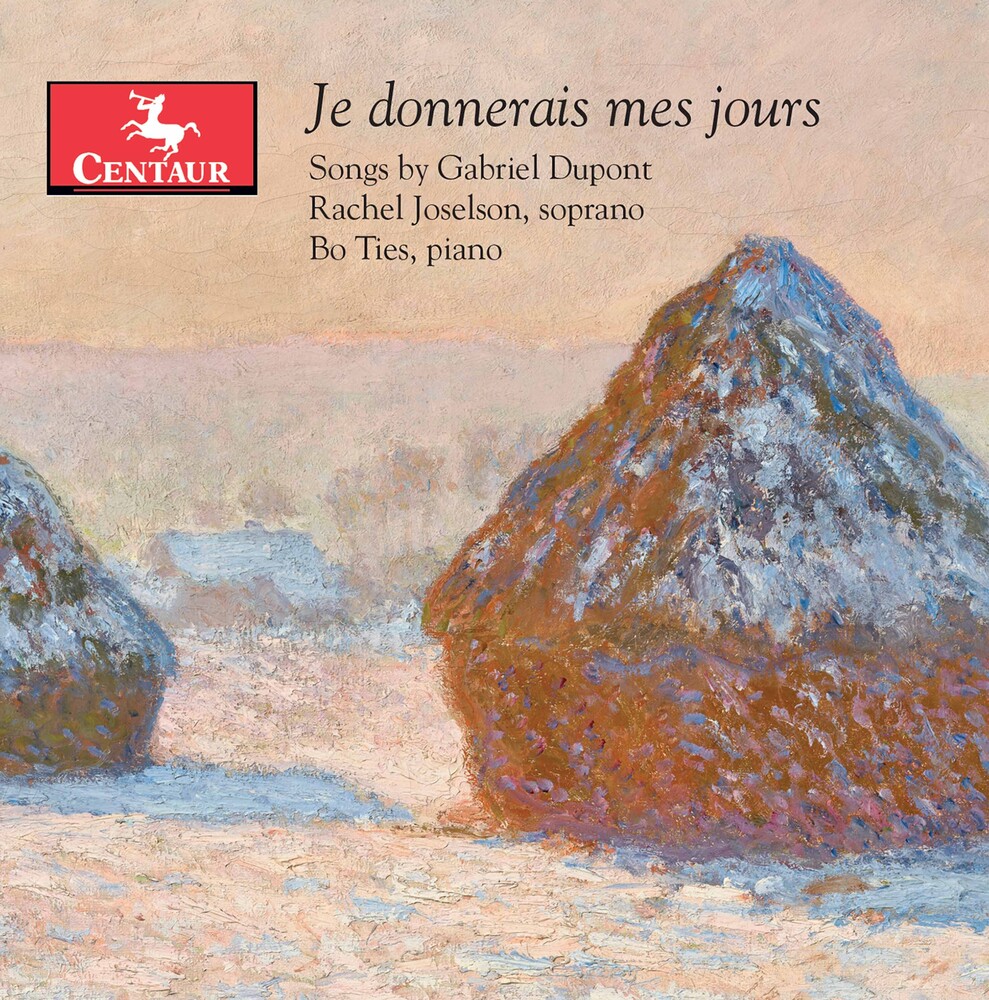 Gabriel Dupont (1878 - 1914) wrote a wonderful works for voice and piano. They are beautifully performed here by soprano Rachel Joselson and pianist Bo Ties. While still a university student in voice performance, Rachel Joselson performed with the Indianapolis Symphony and the Atlanta Symphony Orchestra under the baton of Robert Shaw. After completing her masters' degree at Indiana University, she moved to Europe and pursued private voice study with Mario and Rina del Monaco in Lancenigo, Italy. Her first full-time operatic contract was in Darmstadt, singing roles Rosina, Dorabella, Cherubino, Adalgisa and Idamante, before transitioning to soprano repertoire during her years at Hamburg. She has been on the faculty at the University of Iowa since 1997. Bo Ties (pronounced teece) is originally from Southeastern Minnesota. He took piano lessons from an early age until 8th grade though he never really delved too deeply into classical music. After a four year hiatus from lessons, playing for his own enjoyment, he decided he needed to be a pianist. He began his formal training in classical music as a college freshman and never looked back. He completed his bachelor's degree in Piano Performance (2009) at Winona State University studying with Dr. Deanne Mohr. He then moved south to complete an M.A. in Piano Performance (2011) and a D.M.A. in Piano Performance and Pedagogy (2018) at the University of Iowa under the tutelage of Dr. Uriel Tsachor. In August 2018, Dr. Ties joined the faculty at Black Hawk College in Moline, Illinois. He remains an active performer, teacher, and presenter.