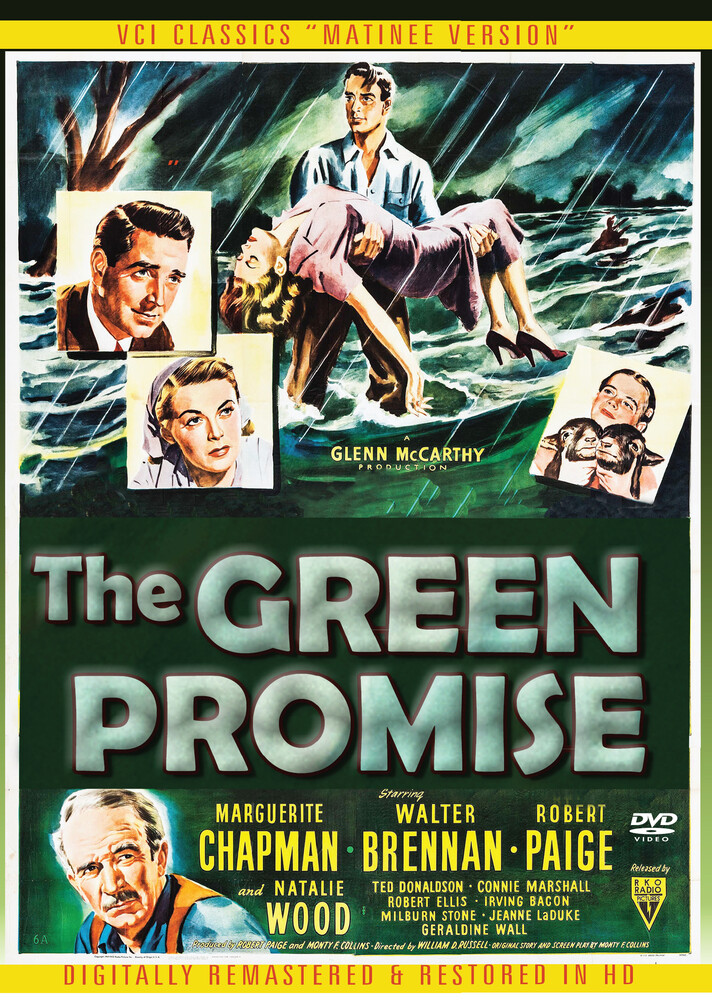 A heart-warming, thoughtful drama, produced by RKO Pictures, which portrays the struggles and hard work of farm life. The title refers to a scene where the local preacher (Milburn Stone) gives a sermon on a story from the Book of Exodus of God's "green promise" to lead Moses into a land of milk and honey. The preacher reminds his congregation that the fulfillment of the promise requires faith, difficult journeys, and open-mindedness.Walter Brennan plays widowed 'Old Man' Matthews, a stubborn and domineering farmer, who has ruined one farm by his ignorance, moves his family... a son and three daughters, to a just-purchased farm. His "my way or the highway" attitude, soon puts him at odds against his family and new neighbors, especially about how to run a farm.David Barkley (Robert Paige), the local agricultural county agent, offers sound, and proven advice to Matthews about running the farm, but all that advice falls on deaf ears. However, Matthew's oldest daughter, Debbie (Marguerite Chapman), is receptive to the expert advice and falling for the handsome bachelor. Barkley also takes a liking to Susan, the youngest daughter played by Natalie Wood, and becomes her ally, and as a supporter and adviser to the local 4H club, he encourages Susan to become a member, and follow her dream of raising lambs.Matthew's son and middle-daughter most always fall in lock-step support of their father's decisions, however when an accident sidelines father, then Debbie steps up, and takes charge of the farm, with the support of David. Mother nature almost destroys the farm, but by the tear-jerking end, God's "green promise" is fulfilled.Trivia Note: There is a scene where a young Natalie Wood is supposed to run across a bridge to cross a flooding creek. She was told that the bridge would collapse after she got to the other side, but there was an accident and the bridge collapsed while she was still on it. She broke her wrist and it never healed properl