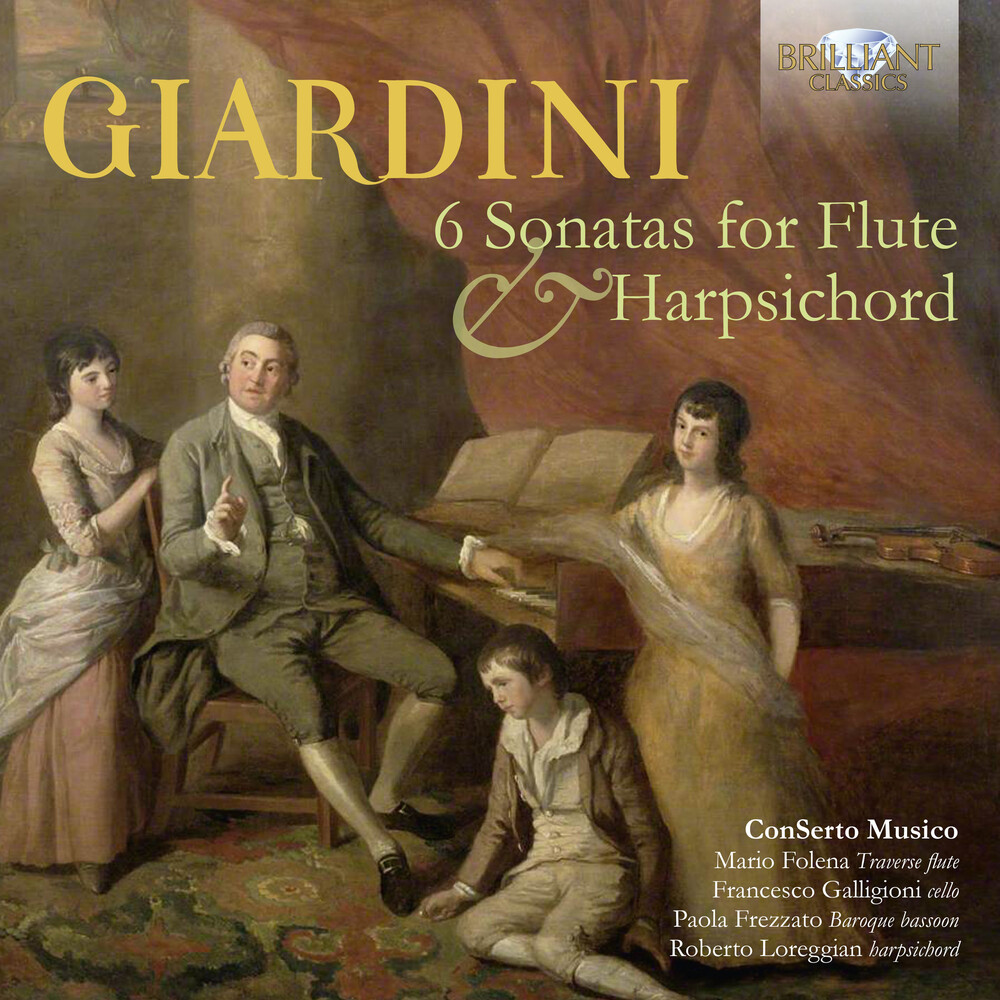 Almost completely unknown now, the six Sonatas for transverse flute and basso continuo by Felice Giardini (1716-1796), published in London late in 1751, were the first works of their kind to appear in print by a composer working in England. Giardini had taken London by storm with the brilliance of his violin playing, and his success there seemed assured. They were also the first sonatas published for obbligato harpsichord and violin, as opposed to violin 'solos' with a basso continuo. In practice, the solo part was often taken by a flute, as we find on this superb new, historically informed recording. Born in Turin, Giardini studied violin with the notable soloist and pedagogue Somis. He moved to Rome and then Naples, and by 1748 had become sufficiently renowned to seek his fortune on an international tour. When he arrived in London in 1750, however, he attracted immediate attention in aristocratic circles, and became a music master for figures including the Prince of Wales, as well as leading the orchestra of the King's Theatre in London. He conducted the Three Choirs Festival in London between 1770 and 1776 before taking long tours of Italy and Spain. One last tour to Russia proved too much, and he died in Moscow in 1796. The contemporary reputation of Giardini's Op.3 is indicated by the fact that it was reprinted on the Continent, at a time when relatively few English musical publications found their way into foreign catalogues. Giardini's sonatas are significant as a harbinger of the Classical concertante sonatas by Beethoven and his contemporaries, in that they work with a truly dualistic approach to the instruments. The two-movement sequence, bipartite form, and a flair for idiomatic writing reflect the influence of the popular Italian keyboard sonata.
back to top