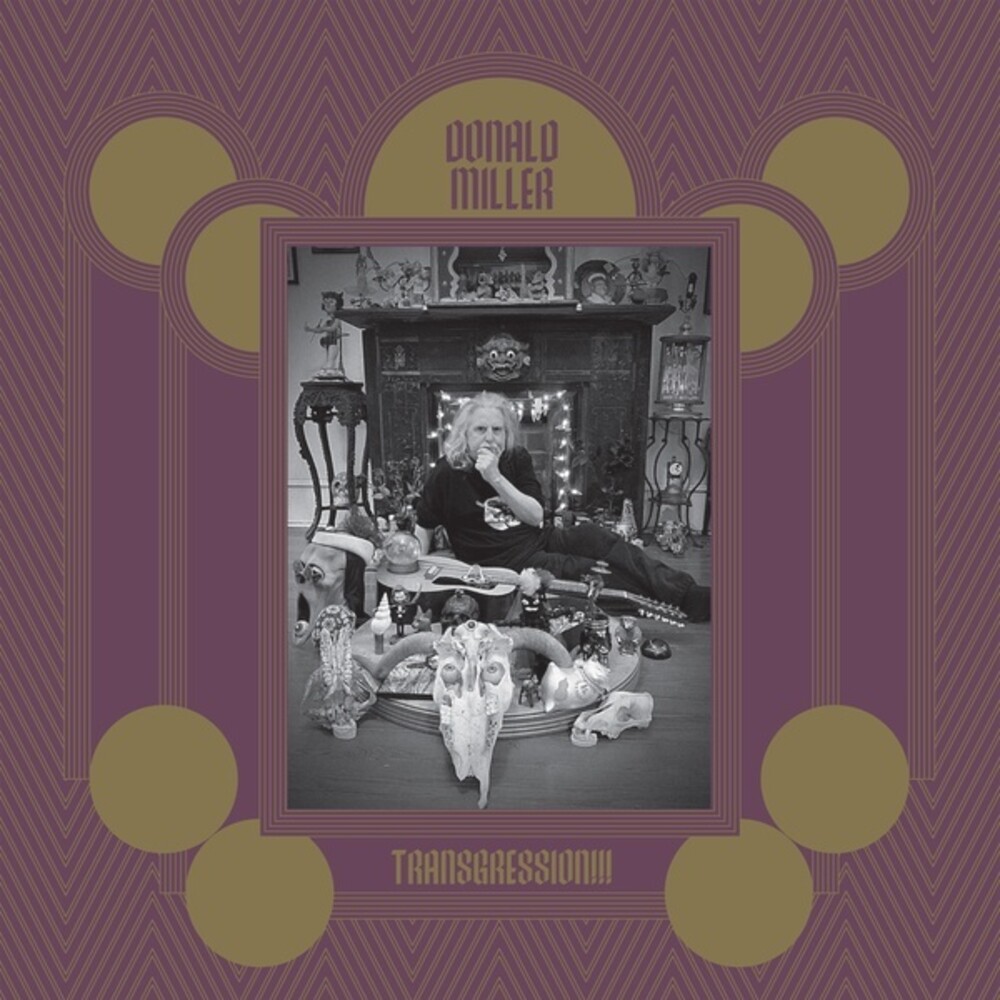 Limited colored vinyl LP pressing. On Transgression!!!, Donald Miller, guitar icon known for destroying worlds in the great Borbetomagus, takes the listener on an unexpected journey through the 12-string acoustic guitar. Utilizing his occult kinetic picking style, Miller reveals undiscovered universes with nothing but a slide and a spell to guide us. Playing a blues that bristles against structure while transmitting ineffable mastery, Transgression!!! is a modern guitar album like no other. Recorded in his current city, New Orleans, the album is the first to feature Miller playing in a more traditional style than either his group work or prior solo releases. For an artist known for exploring fantastic depths of the deepest abstractions, Transgression!!! is a mystifying journey toward structure that glows with the musician's signature intent.